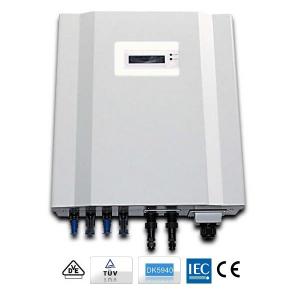 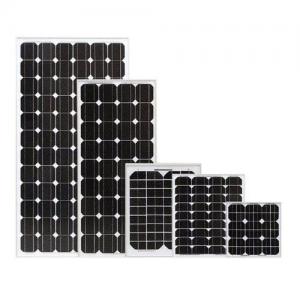 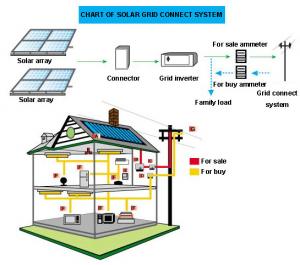 Solar power generation system by the solar energy into electrical energy, without energy storage battery, and inverter directly into electrical energy sent to the grid. During the day there is sunshine, sunlight solar panels resulting from the direct current into alternating current by the inverter for the equipment after use. The power consumption of electrical power beyond the facility, the remaining upstream to the commercial AC power to the grid by the power companies to buy (currently not implemented this system in China). Even if it is cloudy or rainy days, according to the amount of sunlight can also generate electricity. However, the issue of electricity consumption within the facility can not meet, the lack of some available to buy from the power company. Can not generate electricity at night when, for facilities power, from the power company to buy. 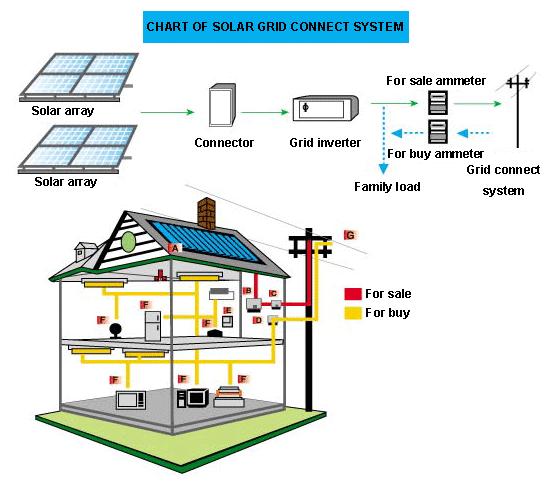 Grid system has the advantageAnd off-grid solar power systems, and power generation systems has the following advantages:1 the use of clean, renewable natural energy solar power, do not consume non-renewable, carbon content of fossil energy resources are limited, the use of non-greenhouse gas and pollutant emissions, and environmental harmony, in line with sustainable economic and social development strategy.2.The power can be fed into the grid to the grid for the energy storage device. When the electricity load is large, solar electric power shortage on the purchase of electricity to the city. The load is small, or could ever use electricity, you can sell excess electricity mains. Grid in the back under the premise that the system saved the battery, which expanded the scope and flexibility,improve system MTBF and battery of secondary pollution, and reduce cost.I produced a grid-connected inverter is generally placed in the power distribution cabinet (and increased mine-protected AC lightning protection and power generation systems mainly through the distribution cabinet to the inverter to provide power distribution and network interface, the distribution network side of the cabinet with circuit breakers, lightning protection configuration power meter, network interface and the inverter and the AC voltage meter and other devices.

Thank you! Your message has been sent to the following suppliers.